Welcome to the RETROBAT forum.
We provide support for the latest version of RETROBAT, currently 4.0.2 and not on previous versions or custom build.
Please update your installation and RTFFAQ: here.

So, I'm trying to run Windows games but need a bit of help. I followed the FAQ and created the shortcut in the roms/windows folder. When I open up Retrobat, I see a long list of files as the es_systems.cfg is set to search for all the .exe, .bat, etc files. I tried to remove all but the .lnk files in the .cfg file, but when I launch the game, it creates a new file, es_systems.invalide.cfg and my es_systems.cfg reverts back to the way it was before I edited it.

I tried to just move the game folder to a new location and create a new shortcut but that doesn't work, the game can't find some of its dependencies.

Is there a way to set up the .cfg so that it only indexes the .lnk and not the other extensions? Or, is there some other way to set this up so that I only see and index that shortcut?

Re: Need help with Windows games

In the FAQ it is explained to put a shortcut of the game in the "\roms\windows" folder. I didn't say to put the game folder in this folder. 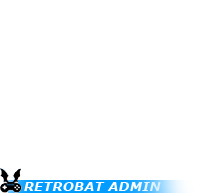 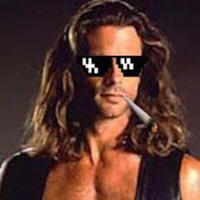